Trading standards officers and nurses have received complaints that callers pretend to offer help and sometimes give the impression that they work for the NHS when in fact they are selling expensive equipment such as specialist beds and chairs.

Similar incidents have been reported to trading standards across Scotland.

Specialist NHS nurses in Moray have reported that several home care patients had received cold calls arranging visits to provide therapy. However, the patients then said that when the caller arrived it became clear that the true reason for the visit was to sell specialist items such as mattresses, rise-and-recline chairs and other aids.

“We would ask that people are careful about who they let into their home,” he said.

“These businesses are using clever telephone techniques to make it appear that they have confidential information about the patient’s condition and treatment to arrange a home visit.

“Once in a person’s home, they will use unscrupulous and persuasive tactics to secure a quick sale but their claims will often turn out to be false or the goods are not suitable.”

Mr Adamson said NHS Grampian was concerned to hear that some patients had been targeted in this way.

“They wished to reassure the community at large that at no time was personal information shared with external agencies or service providers without the explicit consent from the individual patient.

“Patients who are approached can also speak to their district or specialist nurse as well as their allied health professional for advice around provision of equipment.” 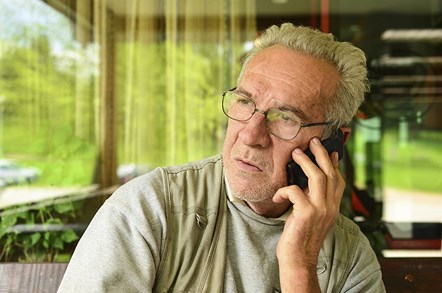