Completion of the project comes after public consultation on the draft design and a drop-in session which drew supportive comments from local residents.

The orchard, located in Buckie’s Queen Street Park, has been planted in the former rose garden which had fallen into disrepair. The rose garden, originally planted in 1991, was completed in 1993 with the installation of a sculptured bird bath worked on by Buckie High School pupils.

Money for the community orchard has come from the developer obligations secured in 2010 to mitigate the impact of the new Tesco store in Buckie. More than £400,000 was received with £300,000 of this invested into the bus service; improved traffic signals and various town centre projects including Christmas lights; Buckie’s Christmas Kracker; the Fishwives Path; and ‘There But Not There’ Tommy commemorative sculptures. Funds have also been put towards ‘Buckie’s Darling’, the new gateway feature for the town.

MBLA Design Ltd was appointed to produce a plan for the orchard which considers the history of the local site. The trees were planted during the first covid-19 lockdown in March 2020 by Moray Council’s Criminal Justice team who have been maintaining the site since. The remainder of the project was put on hold due to the pandemic with the remaining works scheduled to be complete by the end of June 2022.

In April this year, a contractor was appointed to install a path for the orchard and works were complete by May. Wildflower planting along the edge of the orchard, where the climbing roses once stood, has also taken place. The orchard also includes a circular bench for the central tree and an interpretation panel to help educate and inform visitors about the environment around them.

Moray Council’s Criminal Justice Team also agreed to repaint the Girl Guides bench which is situated in the Queen Street Park near the entrance to the orchard. The bench was gifted to Buckie Town Council by the Buckie Guides and Brownies in 1953 to mark Queen Elizabeth II’s Coronation.

Chair of Moray Council’s Planning & Regulatory Services Committee, Cllr Donald Gatt said that the investment in Buckie as a result of the developer obligations has provided a fantastic boost to the local community.

“When a development takes place there is need for infrastructure and facilities to accompany it. Developer obligations allow us to secure funding to improve local infrastructure at no cost to the council. The funding secured from the Tesco store in Buckie has enabled improvement to public transport and traffic flow, and investment in much-loved community events.

“I’d like to thank residents for sharing their ideas which helped shape the various regeneration and improvement initiatives that have been undertaken.  Your input has ensured that the funds have been spent to further improve community life and wellbeing in Buckie for years to come.”

Buckie District Commissioner, Janet McDonald, said: “Buckie Rainbows, Brownies and Guides were delighted to be included in the upgrade of the gardens. Our bench looks wonderful and can be enjoyed for many more years. It is more poignant that it was painted in thus the Queen’s Platinum Jubilee year.”

Detailed information on the projects funded by these developer obligations can be accessed here. 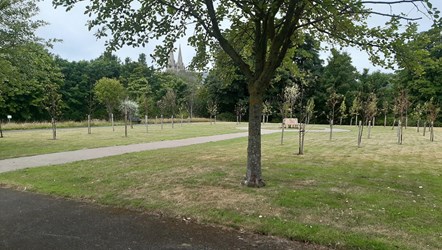 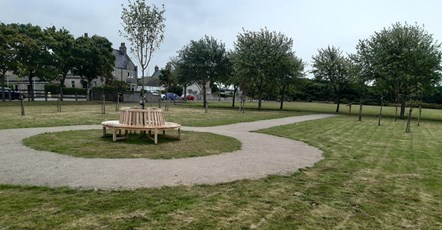 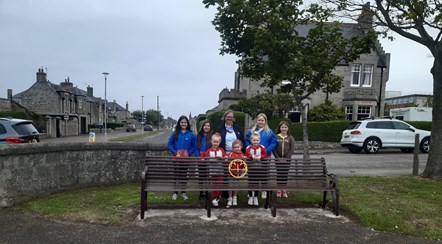