Voters in Fochabers are being reminded that their polling place for next week’s EU referendum has been changed.

Voters in Fochabers are being reminded that their polling place for next week’s EU referendum has been changed.

Due to works being carried out at the Public Institute, the polling place has been switched to Bellie Church Hall in the village square.

The information is contained on the poll card and signs redirecting voters to the church hall will be put up at the Institute.

Meanwhile, a further 1219 postal votes have been issued for those voters who recently applied for a postal vote and they are being urged to return them without delay.

These add to the 14,123 postal votes issued at the beginning of June and it is estimated that over half of postal vote packs have already been returned to the counting officer.

A further issue of poll cards is expected on Friday for those who registered up to the extended voter deadline which was moved nationally from June 7 to June 9 following issues with the gov.uk website.

Voters are being asked to note the details on their poll card and if possible take it with them to the polling station as it will help staff on duty to assist them.

Polling stations will be open from 7am to 10pm on referendum day, Thursday, June 23, with the Moray count taking place at Elgin Town Hall thereafter. 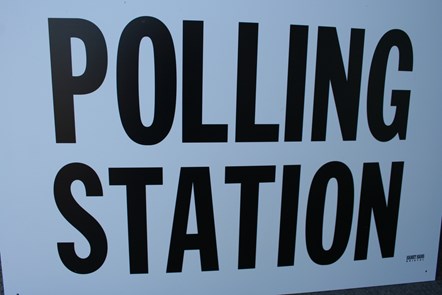