Councillors to decide on new primary school for south Elgin

Moray councillors will decide this week whether to proceed with proposals to establish a new primary school to serve the fast-growing suburb on the southern outskirts of Elgin.

Moray councillors will decide this week whether to proceed with proposals to establish a new primary school to serve the fast-growing suburb on the southern outskirts of Elgin.

The council’s children and young people’s services committee will be presented with the outcome of a public consultation which generated more than 380 responses.

Ninety-one per cent of responses were in favour of the proposal which could see the new school open in August in temporary accommodation next to East End Primary School.

A potential permanent site for the new school, which it is hoped can be built in time for the start of the 2018-19 school session, has been identified to the west of Linkwood Road.

A report to Wednesday’s committee meeting states: “Officers believe there is a very strong case to establish a new primary school, with nursery provision, to serve the agreed catchment area.

“The proposal has a number of potential educational benefits for current and future learners and will also assist the council in addressing capacity issues across its school estate in Elgin.”

The report says establishing a new school from the start of the new session in August would require additional staffing and, if the proposal was approved by councillors, arrangements were in place to have staff in post by next month. Transition programmes for children enrolling in primary 1 would begin in early June. 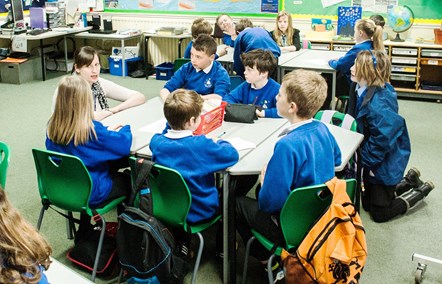 Councillors to decide on new primary school for south Elgin