Its launch was delayed due to the closure of schools to the majority of pupils; however now that schools have returned the scheme will begin and roads around New Elgin and Seafield primary schools will be closed to vehicles, at drop-off and pick-up times during term-time.

Residents who live within the School Street closures are eligible to apply for a permit, which will allow them to enter and leave during the restricted times as normal. All permit holders, and other exempt drivers, are advised to exercise extreme caution if driving during these times as parents, carers and children may be walking on the road. The pilot will run for nine months, after which it will be evaluated. It’s supported by Police Scotland, which has the authority to enforce fines for non-compliance with the closures in place.

Leader of Moray Council, Cllr Graham Leadbitter, and head teachers at Seafield and New Elgin have backed the pilot, as both schools have raised road safety concerns alongside residents and school families. It’s hoped the School Streets scheme, which is being paid for through Cycling, Walking and Safer Streets grant funding, will encourage active travel including walking or cycling to school, improving health and wellbeing and creating a safe space for pupils on their daily commute. It will also help tackle air pollution by keeping vehicles off the road during peak times.

“Many pupils at New Elgin and Seafield Primary have been walking, wheeling and cycling to school since the schools joined WOW, the year-round walk to school challenge from Living Streets.

“We’re really pleased to see the official launch of a new School Street, which will reduce traffic outside these schools during the morning and afternoon peaks and make travelling to school on foot or by bike safer, easier and more pleasant for everyone.” 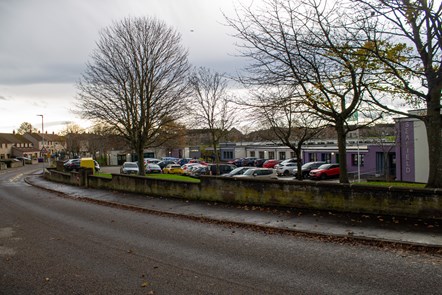