MORAY’S military community has been given deserved recognition with the raising of the Armed Forces Day flag above Moray Council HQ in Elgin.

Councillors with links to the services were joined by servicepeople from RAF Lossiemouth and Kinloss Barracks – Pilot Officer Emily Moore and Sergeant Johnpaul Johnstone respectively.

Also in attendance to watch the flag being raised ahead of Armed Forces Day tomorrow (25 June) were Deputy Lieutenant for Moray, Ian Urquhart, and Vice Lord-Lieutenant of Banffshire, Patricia Seligman.

Moray Council’s Armed Forces Champion is due to be confirmed next week at a meeting of the full council. Meantime, Co-Leader of Moray Council, Cllr Neil McLennan, said: “In Moray we have strong connections to the Armed Forces community.  Armed Forces Day is a powerful day for publicly promoting our support for UK Armed Forces.

“However we pledge to give that support every day of the year to those who both serve and sacrifice. The work of our Armed Forces remains as important as ever, and we support them and their families with pride.” 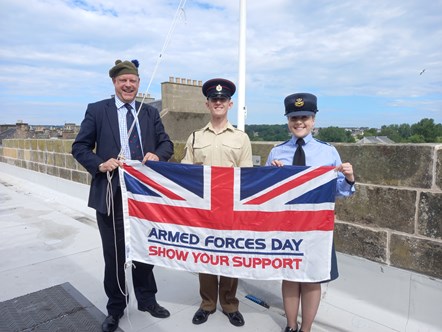 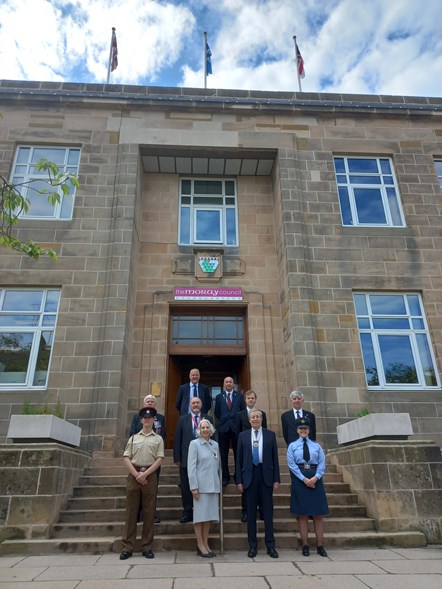