Councillors today approved a draft masterplan for a major new residential development on the southern edge of Elgin.

Councillors today approved a draft masterplan for a major new residential development on the southern edge of Elgin.

The blueprint will see around 2500 houses built over the next three decades, along with two primary schools, a sports centre, a range of retail and community facilities and a cemetery.

The overall development by local company Springfield Properties will take the form of three linked villages to be known as Linkwood, Easter Linkwood and Wester Linkwood.

Members of Moray Council’s planning and regulatory services committee were told that the site extends to more than 200 hectares and represented a significant long-term expansion of Elgin.

A report to the committee said: “The masterplanning of large development areas reflects the Scottish Government’s commitment to raise urban design standards, which Moray Council supports.”

It said the vision for Elgin South was to create a fully accessible, high quality community which would fit into the landscape setting.

“The vision seeks to deliver three distinct village forms designed to complement each other and offer scope for a well-planned logical programme of phasing.”

The report acknowledged that longer term growth would require significant improvement to the transportation network.

The draft masterplan will go out to consultation, part of which will involve a drop-in exhibition. 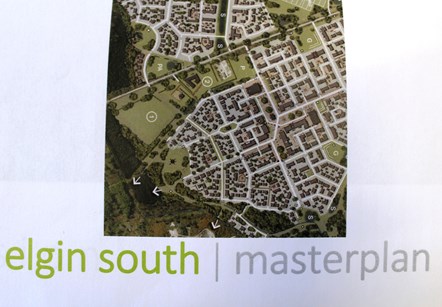