Elgin trees set to be felled

A tree preservation order on a clump of tall Scots Pine trees has been revoked.

Councillors have agreed to revoke tree preservation orders on a group of Scots Pine trees on an Elgin housing estate.

Experts have inspected the trees and report that they are in poor condition and are likely to present a risk of falling.

Consultations with the local community will now be undertaken to establish what will replace the trees.

Councillors voted by a majority to revoke the orders by seven votes to five after agreeing to include consultation with local residents and landowners.

During the meeting it emerged that the expert’s report on the poor state of the trees had been obtained in 2010, but no action taken until now due to an overriding priority to produce the local development plan, a five-yearly planning blueprint for Moray.

Head of planning and development services, Jim Grant, said that now the local plan has been completed staff in the section will be bringing other work up to date, including a backlog of tree preservation orders. 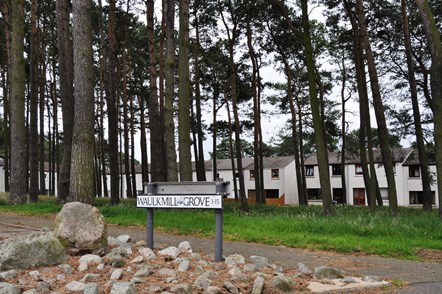 Elgin trees set to be felled