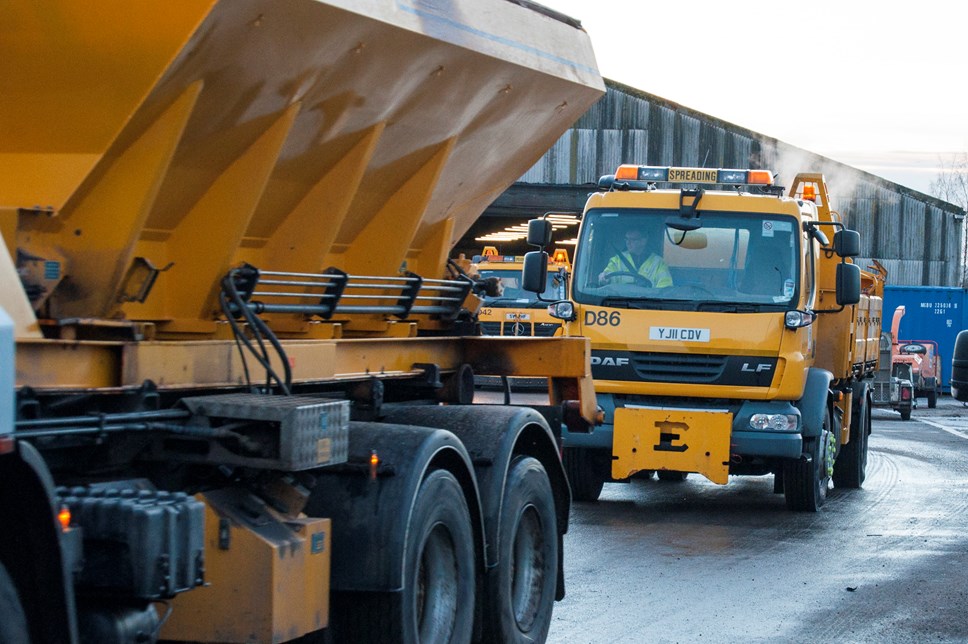 To ensure road conditions don’t prevent voters get to polling stations, Moray Council gritting teams will be out in force treating all affected routes.

Planning for the treatment schedule commenced as soon as the election was called, with changes to existing gritting routes identified and a one-off schedule created in the event of freezing conditions.

The latest weather forecast for the area indicates a risk of sleet showers and low temperatures on our high roads with risk of ice forming. On Wednesday (11th Dec) snow and icy conditions rendered routes around parts of Mulben difficult, and the Bridge of Brown at Tomintoul virtually impassable for normal traffic.

Moray Council’s Head of Environmental and Commercial Services, Stephen Cooper, said that a number of staff from road and housing departments will be available from six in the morning on polling day to respond to calls for gritting.

“We will be treating 18 polling station locations, including footpaths and car parks which are situated on the high and very high parts of Moray during Wednesday,” he said.

“We have been planning this contingency for weeks, as the impact to the wider area of changes to scheduled routes has to be factored in. I’m pleased we have been able to get these plans in place in a calm and measured fashion.”

Weather forecasters predict that travel in coastal and lower areas is forecast to be unaffected by ice and snow, although it will be cold.