Three Moray businesses have been issued with fixed penalties after selling cigarettes to an under-age volunteer.

Three Moray businesses have been issued with fixed penalties after selling cigarettes to an under-age volunteer.

The sales were made to a 16-year-old during a test purchase exercise carried out by Moray Council trading standards officers.

Fixed penalties of £150 were issued to all three business owners and two members of staff who made the sales.

Test purchases were carried out at 14 businesses which had been given advance notice that the exercise was being conducted.

The legislation requires sellers to request approved proof of age if they suspect that the buyer may be under 18.  Acceptable identification is a passport, photo driving licence or proof of age card with the PASS hologram.

Trading standards have the power to issue fixed penalties ranging from £150 to over £1,000 depending on the circumstances.  Failure to pay can result in a report being submitted to the procurator fiscal.

If a business repeatedly sells cigarettes to under 18s, the council can apply for a banning order which prevents the business from selling tobacco.

To report any business that you suspect sells cigarettes to under 18s, please contact the Moray Council trading standards service via the Citizens Advice Consumer Service helpline on 08454 040506. 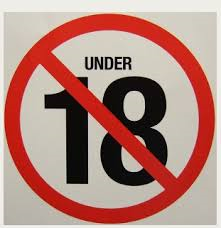