Moray Food Plus, Gordonstoun Fire Service, the Duke of Edinburgh Award Moray Committee, and 1st Buckie Company Boys’ Brigade, have all been awarded The Queen’s Award for Voluntary Service. This is the highest award a local voluntary group can receive in the UK and is equivalent to an MBE.

Moray Food Plus is a community-based organisation which runs projects recognising the social value of food, provides opportunities for volunteering, enables people to choose what they eat in a dignified way, and values contributions from those with direct experience of food insecurity to help shape its services. Between April 2021 and March 2022, the charity received 3,002 referrals and supported 6,728 people in Moray.

The volunteer fire unit at Gordonstoun is led by trained staff and students, operating three watches – each on call 24/7 on a three-week rolling rota. It is one of the many school services, including coastguard and community-based work, with the crews undertaking weekly practices to equip them with the lifesaving skills of firefighting. Formed in the Second World War, it’s the only school fire service in the UK.

1st Buckie is the largest company in the country with 174 members and a leadership team of over 40 adults.  This year the company celebrates its 75th anniversary.  They run a full and varied programme for boys of all ages.  Their activities also include working in the community and supporting others.  This has included litter picks, collections for local food banks and stewarding at community events.

They are four of the 244 local charities, social enterprises and voluntary groups to receive the prestigious award this year. Their work, along with others from across the UK, reminds us of all the ways in which fantastic volunteers are contributing to their local communities and working to make life better for those around them.

The Queen’s Award for Voluntary Service aims to recognise outstanding work by local volunteer groups to benefit their communities. It was created in 2002 to celebrate The Queen’s Golden Jubilee. Recipients are announced each year on 2nd June, the anniversary of The Queen’s Coronation.

Award winners this year are wonderfully diverse. They include volunteer groups from across the UK, including: a rural support group for farmers in Shropshire; a community magazine addressing isolation in the Western Isles; a running club engaging all ages in County Tyrone; a film academy and community hub based in South Wales, and a food bank in Greater London feeding vulnerable individuals and providing training opportunities.

Representatives of the groups will receive the award crystal and certificate later this summer. In addition, Scottish volunteers will be invited to a garden party at Holyroodhouse in July 2023, along with other recipients of this year’s Award.

Vice Lord-Lieutenant of Moray, Nancy Robson OBE, said: “It’s fantastic news that Moray Food Plus, the Duke of Edinburgh Award Moray Committee and the Gordonstoun Fire Service are recipients of the Queen’s Award for Voluntary Service 2022. Many congratulations to the volunteers who have been recognised for their outstanding commitment and service.

“I am also delighted that the Moray Lieutenancy was able to submit the nominations and provide the in-person assessments required.  Well done to these deserving Awardees, Moray is the only Lieutenancy in Scotland to receive three of these prestigious Awards in 2022.

Lord-Lieutenant of Banffshire, Andrew Simpson, said: “I am delighted to congratulate all the members and leaders of the 1st Buckie Company Boys’ Brigade on achieving the Queen’s Award for Voluntary Service. This is an amazing achievement and reflects the hard work, dedication and enthusiasm of many people over the 75 years of the Company.

“Members clearly not only enjoy their involvement in the Company, but also gain many personal skills that equip them for life. The support of families and the community is a key part of their success and thanks are due to all who help or work with the company.

“Congratulations and very well done to Captain Alan McIntosh, DL BEM, and everyone associated with the group on this outstanding success.” 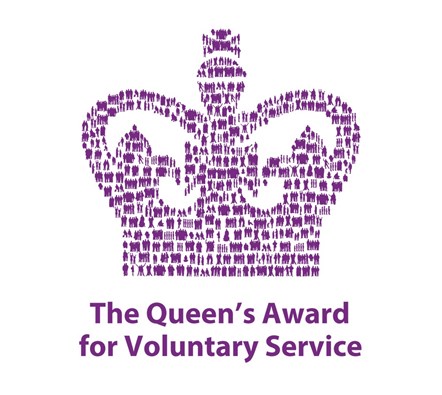