From Monday June 8 two of Elgin’s multi storey car parks will be free to use after 3pm.

From Monday June 8 two of Elgin’s multi storey car parks will be free to use after 3pm.

The initiative was recently approved by Moray Councillors in a move to encourage more shoppers to use Elgin High Street. The car parks are in Batchen Lane and St Giles Centre.

Drivers using the car parks after 3pm will simply have to press the green machine button without inserting any cash to get a ticket. Cars will still have to show a ticket on their windscreen or risk a £65.00 fine.

Anyone parking before the 3pm start time will have to pay for the time they are parked out of the free zone, the minimum being a one to two hour £1 ticket. As long as a ticket is displayed there is no need to return to the vehicle for a further ‘free after three’ ticket once the clock reaches 3pm.

Chair of Moray Council’s Economic Development and Infrastructure Committee, Cllr John Cowe, said he hopes the pilot will have a positive impact on shopping habits in Elgin.

“We are trialling this for six months to see if it’s widely used and that shopkeepers report a difference in their trading,” he said.

“The ticket machines have been adjusted so that no-one will get charged, but as motorists will still need to take a ticket so we can accurately assess the level of take-up at the end of the period.

“If it works as we hope it will I expect it to be made a permanent feature of the multi-storey car parks.”

Signs promoting the initiative will be placed at the entrance to the car parks and at the pay and display machines.

A ground-level car park off Alexandra Road has also been made free after three by its owners, Marks and Spencer. 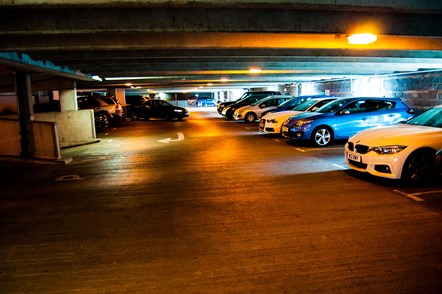