PUPILS from Kinloss Primary had a front-row seat for the arrival of the UK’s first P-8A Poseidon Maritime Patrol Aircraft as it touched down in Moray for the first time.

The aircraft, named Pride of Moray, landed on the runway at Kinloss Barracks on Tuesday afternoon as 240 pupils waved and welcomed its safe arrival from Jacksonville, Florida.

The pupils were invited to witness the historic occasion by 39 Engineer Regiment, based at Kinloss Barracks, and RAF Lossiemouth, which will be the eventual home of the new squadron of P-8A aircraft.

Headteacher, Rachel Wolford, said it was a fantastic experience for the pupils to be involved in.

“Our school has a strong armed forces community, so this visit had an extra significance for many of our pupils, whose parents or close family members currently serve, or have served.

“We’re lucky to have such great community around the school and that showed today as we were joined by around 30 parents who came along and shared in the incredible excitement of the event.” 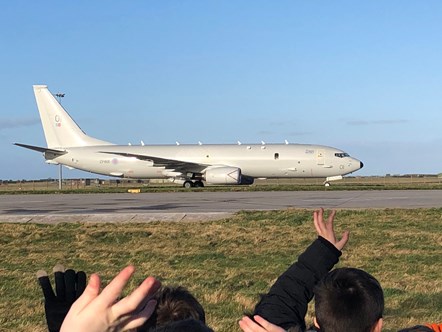 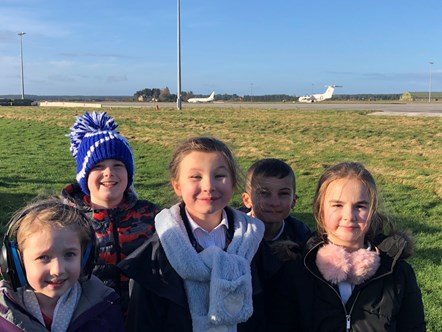