Funding for events from Moray Council

Moray Council has launched a fund to support events held in the area.

A total £20,000 is currently available to organisations holding any visitor event that boosts Moray’s economic development.

Grants of up to 50% of eligible costs - to a maximum of £5,000 - will be available. Where an event is of a scale that significant additional economic benefits can be clearly demonstrated, consideration will be given to larger awards.

Chair of Moray Council’s Economic Development and Infrastructure committee, Cllr John Cowe, urged anyone planning an event to get an application in.

“This council has put economic development as its number one priority, and I know from experience that the many events held in Moray generate visitor income and provide a financial boost to the area,” he said.

“They also provide a great platform for local producers to show off some of the finest food and drink in Scotland, made right here in Moray.

“So if there are any groups or individuals that are planning an event – that will attract new visitors to the area - and which they can demonstrate would have a positive economic impact, please complete the form and send it in. The money is there for the right projects.”

Each year awards will be made through a single funding round to ensure the best initiatives are supported. Late applications will still be considered, but the funding available may be restricted. All grants are subject to conditions which include a requirement to submit a report after the event detailing whether it met the criteria. Full details and application forms are on the council’s website. 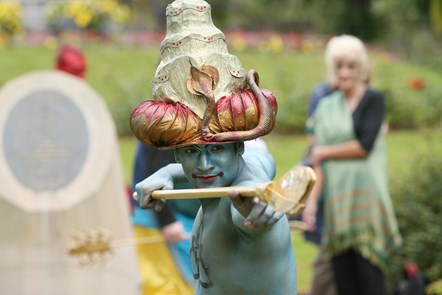 Funding for events from Moray Council