Moray Council has today (Wednesday) agreed to take ownership of and maintain the new East Beach Bridge in Lossiemouth, following approval from the Scottish Government to fully fund the project.

The decision was also taken to demolish the old bridge during the course of construction to avoid a larger demolition bill if it was left to deteriorate, with demolition described as inevitable.

It was noted in the meeting that some members of the local community expressed a preference for a replacement bridge at the same location as the existing bridge. However, as the benefits identified in the Economic Impact Assessment were the same for each option, the only differing factor between each option is cost and this was used in selecting the preferred option that was presented, for agreement with Scottish Government, in the business case.

Stage 2 of the contract to design and build a new footbridge, with a design life of 100 years, at the esplanade will now progress with an indicative timeline of:

May - submit applications for statutory consents

Convener of Moray Council, Cllr Shona Morrison, said: “Although the community has a fond connection to the old bridge we must accept that it is, and will continue to be, a danger to public safety, which Moray Council has a duty to protect against.

“The building of a new bridge, however, is an exciting chapter in the history of Lossiemouth’s East Beach Bridges – this will be the third incarnation and is expected to last for over 100 years. I look forward to seeing the bridge transport excited beach-goers once again to Lossie’s East Beach by next Spring and for decades to come.” 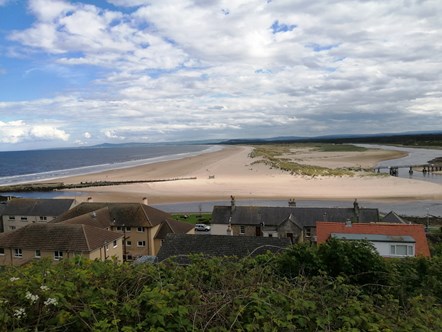