Pupils at Moray’s eight secondary schools have been receiving their exam results by post and by text and e-mail today – and the early indications are that they have done themselves proud.

Pupils at Moray’s eight secondary schools have been receiving their exam results by post and by text and e-mail today – and the early indications are that they have done themselves proud.

The number of students achieving five As at Higher was 21 – one more than last year – while 14% of candidates in S5 gained five Highers.

Of the 21, seven were from Forres Academy and seven from Elgin Academy.

In S4, 62 students achieved six As at National 5 level – 23 of them from Elgin Academy.

In addition there were a number of young people in S4 who combined National 5 passes at A with Higher passes at A.

At subject level, results in English have been particularly encouraging at all stages, with 90% of candidates passing the National 5 exam and 60% of the S4 cohort also gaining passes. Higher English results are also very promising.

Moray Council’s head of schools and curriculum development, Vivienne Cross, said: “We will be reviewing the results for our eight secondary schools along with our head teachers and we will be in a position to provide fuller analysis in due course.

“Attainment levels are now to be reported as young people leave secondary school and so full results will not be available until next spring once leaver destination figures are finalised.”

Mrs Cross said the council appreciated the hard work of staff in the first year of the new Higher qualifications.

“They have embraced change and ensured that our young people were fully prepared as well as coping with major staffing issues in most schools and departments.

“Our young people are to be congratulated on their attitude and commitment to learning and we wish them well as they open text messages, e-mails and traditional envelopes this morning.”

Councillor Anne Skene, who chairs the council’s children and young people’s services committee, said: “This is an outstanding set of results. Both staff and pupils in all of Moray’s secondary schools deserve congratulations for their hard work, commitment and well-earned achievements.”

Students or parents who have any queries or concerns about their results should contact their school directly in the first instance. 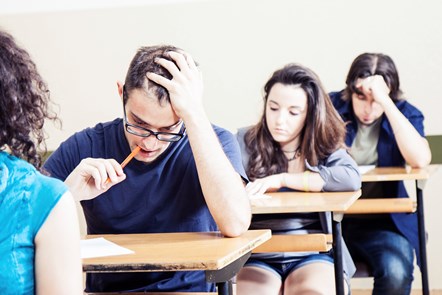