Her Royal Highness thanks Moray residents for outstanding pandemic efforts

THE PRINCESS Royal today met with community leaders, key workers and volunteers in Moray in a visit to the historic Tolbooth on Forres High Street.

Her Royal Highness thanked two dozen local residents for their efforts before and during the pandemic.

Those attending and recognised by Her Royal Highness were: Roddy Burns, Chief Executive of Moray Council who has led the council’s emergency response to the pandemic; George Alexander, councillor and Chair of Forres Heritage Trust which has renovated the Tolbooth; Lorna Creswell BEM, councillor and referee of Moray Emergency Relief Fund; Graham Murdoch, community councillor and local butcher; Debbie Herron, Development Manager for Forres Area Community Trust who provided meals to local communities during the last year; Michelle MacDonald, community police officer; Helen Thorley, Acting Head Teacher at Pilmuir Primary who ran a hub for keyworker children; Mairi McCallum, the driving force behind Moray Food Plus who support many vulnerable families; Debi Weir, founder of Moray School bank; Norma Matheson, Moray Council’s Benefits Manager who leads the team helping residents access benefits and financial support; Eilidh Brown, Partnership Development Officer at tsiMoray and co-Chair of the Fairer Moray Forum Action Group; Emma Henderson, Trustee of the Leanchoil Trust and co-founder of Project Wingman; Diane McGregor, Chair of Forres in Bloom, which has been providing wonderful floral displays in Forres for more than 30 years; Mary Nelson BEM, who has worked for the charity ‘Moray Fresh Start’; Margaret Stenton, Deputy Lieutenant and one of the assessors for the Moray Emergency Relief Fund, and volunteer at Dr Gray’s; Tom Logie, a Burgess of Forres, and volunteer instrumental in the renovations to the Tolbooth.

Moray’s Lord-Lieutenant, Major General Seymour Monro, said: “It has been wonderful the way that the people of Moray have come together to help each other. So I am particularly pleased that Her Royal Highness met a representative group of those who have been at the heart of these endeavours such as councillors, representatives of key charities such as Moray Food Plus and Project Wingman, a head teacher and a police constable. I’m thrilled that The Princess Royal was also able to meet with health staff to learn about their vital contribution for the health and wellbeing of Moray residents during the pandemic.

“It was good that she met them in the superbly renovated Tolbooth and met George Alexander, the Chair of Forres Heritage Trust, and Tom Logie who has devoted great energies to the refurbishment.

“The Princess Royal heard about what they have been doing during the pandemic and what plans they have to improve things for the community in the future.” 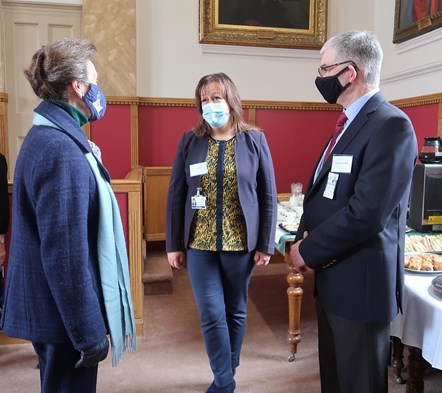 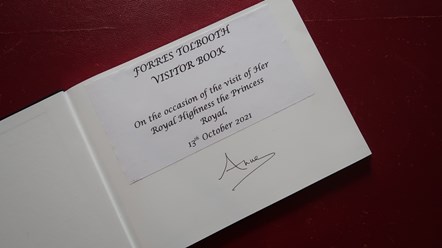 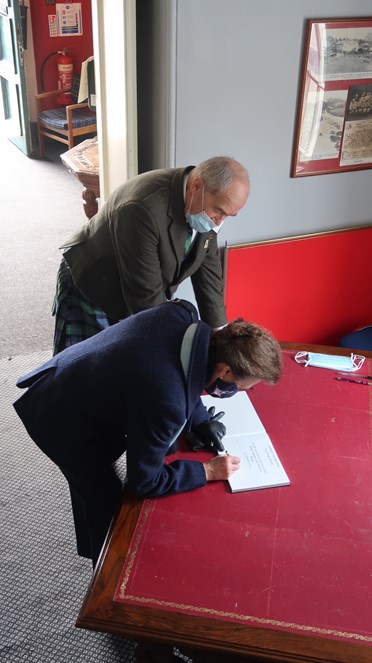 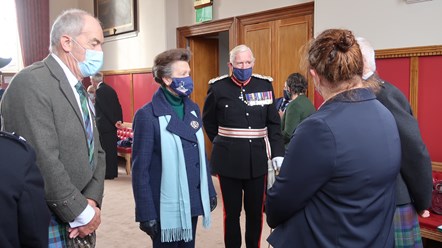 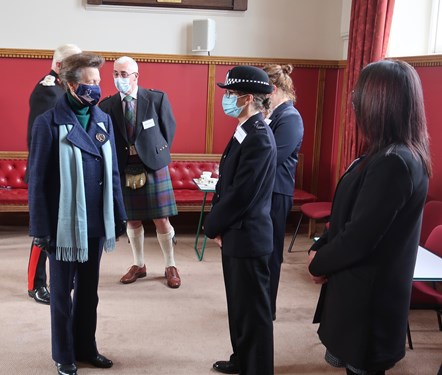 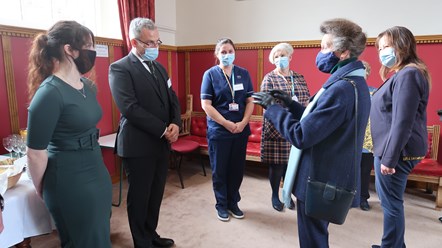