Record-breaking long distance cyclist Mark Beaumont is to give a talk about his exploits at Elgin library next month.

Record-breaking long distance cyclist Mark Beaumont is to give a talk about his exploits at Elgin library next month.

He cycled round the world, breaking the record in the process, when he was only 23 and last year rode the length of Africa, again smashing the previous record.

Off the bike, Mark has ocean rowed through the Arctic and survived after capsizing while attempting to row the Atlantic.

His talk takes place on Saturday, February 27 at 2.30pm. Tickets are £7.50 and copies of Mark’s books will be available for sale during the event 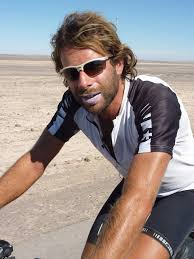