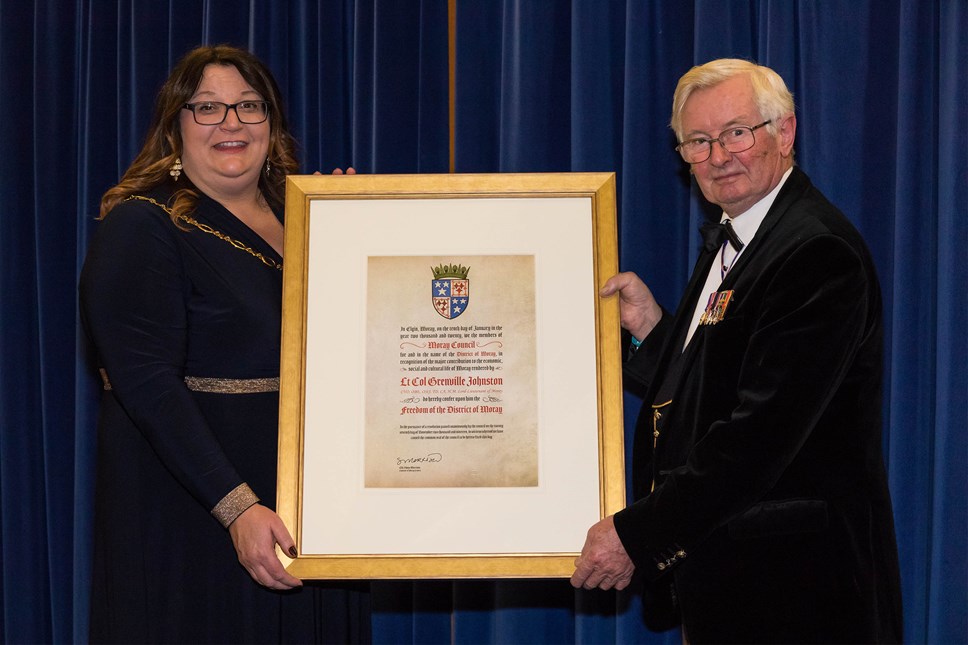 Lord-Lieutenant receives the Freedom of Moray

THE Freedom of Moray has been conferred onto the Lord-Lieutenant of Moray, Lt Col Grenville Johnston.

In recognition of his service to Moray, Convener of Moray Council, Cllr Shona Morrison, presented him with the honour at a Lieutenancy dinner hosted at RAF Lossiemouth, to mark his retirement. He has served as Her Majesty’s representative in Moray since 2005, and his duties have included co-ordinating visits by members of the Royal family to the region; co-ordinating nominations to Royal garden parties; the presentation of medals and awards on behalf of Her Majesty; liaison with the Armed Forces, and much more.

Outwith his Lieutenancy, Grenville, who served in the Territorial Army, plays an important role in community life in Moray through his involvement with many charities and groups, including Elgin Museum and Morayvia.

Cllr Morrison said it was an honour to present Grenville with the Freedom of Moray scroll on behalf of Moray Council.

“His unwavering commitment to the area has been demonstrated through his lifelong dedication to Moray, served through his engagement with the community and by acting as Her Majesty’s representative for the last 15 years.

“I wish him all the best in his future endeavours, and thank him for all he has done for Moray in his career to date.” 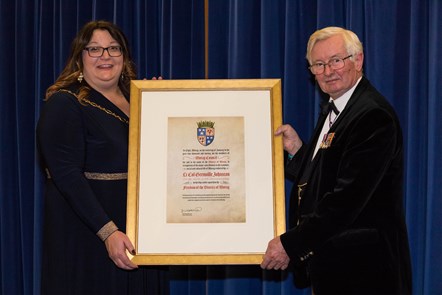