Moray Libraries are taking part in a national Memories Scotland reminiscence project with taster sessions of a new Memory Group at Elgin Library.

The Memory Group, which is aimed at over 60s, will provide a welcoming social forum for people to share memories and enjoy each other’s company over a fly cup.

The first of the free taster sessions will look at Elgin High Street with subsequent sessions covering farming and fishing, the Royal Family in Moray, and the festive season. The library service will share interesting photos, films, music, books and other materials from their collections to get people talking about days gone by.

One of Moray Council Older Persons’ Champion, Cllr James Allan, said: “Memories Scotland is the latest phase of a project which started in 2009 with the launch of the Football Memories programme. The innovative partnership between Alzheimer Scotland, the Scottish Football Museum and representatives from sports heritage networks proved extremely successful in engaging older people in reminiscence discussions and I’m delighted to see it come to Moray.”

Moray Council’s other Older Persons’ Champion, Cllr Sonya Warren, added: “Expanding the project beyond those living with dementia, this new library-based Memory Group promotes wider participation with the aim of reducing social isolation and improving wellbeing and connectedness at a community level. I look forward to seeing these Memory Groups reach other libraries around Moray in due course.”

The new Memory Group sessions will be delivered in partnership with Moray Health and Social Care’s Community Wellbeing Development Team. The learning gained from this initial pilot of taster sessions will be used to develop Memory Groups in other libraries working alongside partners and stakeholders within the council and external community groups.

The Memories Scotland project is supported by the Scottish Government Public Library Improvement Fund. More information is available from local libraries or the project website www.memories.scot.

Keep an eye on Moray Libraries website and social media channels, @MorayLibraries, for other events and activities for all ages. 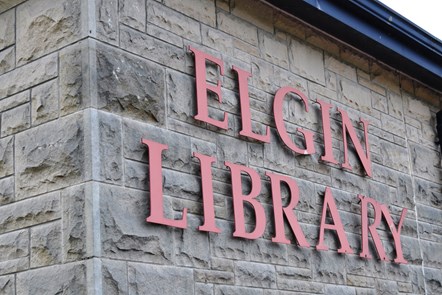