Two of Moray’s community champions received their British Empire Medal (BEM) from Moray’s Lord-Lieutenant, Major General Seymour Monro, at an investiture conducted at the Tolbooth in Forres on Wednesday 11 August.

Cllr Lorna Creswell was awarded the BEM for services to the community following years of campaigning against deprivation and child poverty, particularly during the Covid-19 pandemic.

Mairi McCallum MBE received the same award for her services to the community after working with Moray Food Bank - now Moray Food Plus – for more than six years, contributing to the development of services and growth of the organisation.

Both investitures were announced as part of Her Majesty The Queen’s delayed birthday honours lists of October 2020.

Seymour said: “These two remarkably selfless and compassionate community campaigners very much deserve the recognition their BEM gives them. To work tirelessly on behalf of those struggling with the demands of everyday life shows a real commitment to Moray.

“It is my honour to conduct these investitures, on behalf of Her Majesty, in recognition of the role played during the Covid-19 pandemic.”

Cllr Lorna Creswell said: “I’m pleased to have this accolade served on me though, for me, there is no ‘I’ in ‘TEAM’ and without others in the ‘Savings and Loans Co-operative’ there would be no Credit Union and members support. There would be no challenges to Inequalities without the work of both Mairi McCallum and our organisations so I accept the award to include fellow volunteers who have been astounding over the Covid pandemic in going above and beyond what they have done in the past.

“I’m delighted we could be here together in the Tolbooth to share this event marking a ‘milestone’ in both the receiving of the award and the easing of restrictions to allow for groups to come together in celebration.”

Mairi McCallum said: “I’m delighted to accept this award in recognition of all the hard work undertaken by staff and volunteers at Moray Food Plus, particularly over the challenging period we have just faced. It’s an honour to be able to support the people of Moray and work alongside others in the community.”

Mairi McCallum works with Moray Food Plus, which has seen a year-on-year increase in the number of people needing the support of the food bank and related initiatives to fight food poverty, exacerbated by the Covid-19 pandemic. 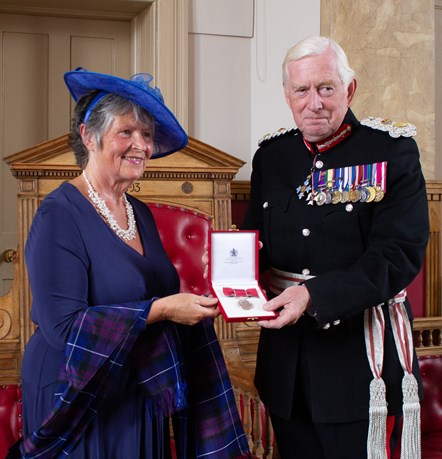 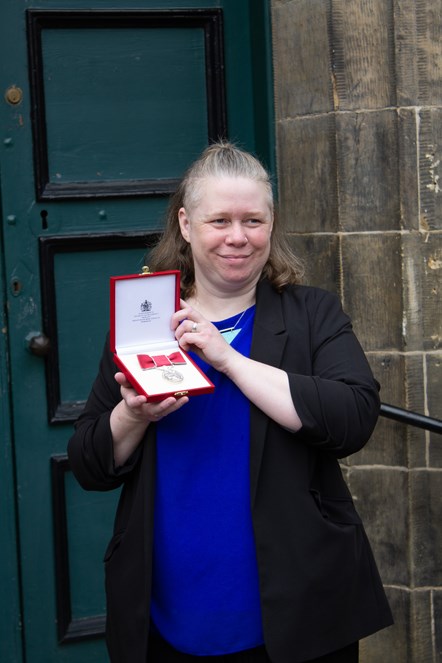