And once again the centre has been fortunate enough to secure the services of leading conductor Nigel Boddice for the entire week.

Two orchestras will be involved – the Moray Schools Youth Orchestra and the MSYO training orchestra – comprising 80 pupils from schools across Moray.

The weeklong course, from July 4 to 8, will take place at Elgin Academy each day from 10am to 3.45pm and will culminate with a concert at Elgin Academy Hall on Friday, July 8 at 7.30pm, with Nigel Boddice conducting.

He spent 20 years as principal trumpet with the BBC Scottish Symphony Orchestra and has played and conducted all over the world.

The concert programme for which the pupils will spent the week rehearing will feature works by William Walton, Arthur Sullivan, Gabriel Faure, Georges Bizet, Edward German and Henry Wood among others.

Tickets will be available at the door from 6.45pm at £5 for adults and £3 for concessions.

As in previous years, the music centre is fortunate to have an anonymous patron who has again donated £750 to help support the young musicians. 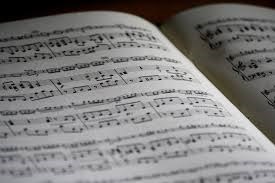