A multi-million pound investment into Moray’s future prosperity was given the seal of approval by UK and Scottish governments today.

Senior ministers from both parliaments signed the Heads of Terms agreement, which paves the way for Moray’s £100m Growth Deal to become reality.

The Heads of Terms agreement signals a combined investment in Moray of over £100 million, and will herald the next stage of the Moray Growth Deal where details of the projects that it supports will be made public.

Moray Council’s lead officer for the Growth Deal, depute chief executive Rhona Gunn, said that signing of this agreement is the green light for the team working on business cases to shape the projects and ensure they deliver inclusive economic growth across the region.

“I welcome the commitment from both governments which, with match funding from partners, gives the Moray area an investment of over £100 million.”

“This is needed more than ever to help the local economy recover in the long-term from the COVID-19 crisis.”

“Earlier this month I was delighted to announce the UK Government are investing £21m in the Moray Aerospace, Advanced Technology and Innovation Campus, which will create a pathway to skilled aviation engineering jobs for Moray’s residents.”

“With today’s landmark signing of the £100 million Moray Growth Deal I am pleased to confirm that the UK Government’s £32.5 million deal investment will also support the development of Grant Lodge - a visitor attraction in Elgin; a Manufacturing Innovation base for Moray; and a digital health and care cluster at Moray College.”

“Working together with the Scottish Government and local partners, we will deliver the prosperity and opportunities that the people of Moray deserve.”

“City Region and Growth Deals will be crucial to getting Scotland’s economy back on track after the coronavirus pandemic and the UK Government has committed more than £1.5 billion to Growth Deals across every part of Scotland to secure the future of our economy.”

“Today marks an important milestone for the Moray Growth Deal, the signing of the Heads of Terms agreement and the confirmation of the projects supported by the £32.5 million the Scottish Government is investing in the deal. This will be invested in projects, designed by local partners, that can deliver on local priorities, re-invigorating the regional economy, and I appreciate all the hard work that Moray Council and their partners have put in to get us to this point.”

“Investments through the deal will create new jobs, protect existing jobs and extend economic opportunities to communities, businesses and individuals across the region. At a time of such economic uncertainty and challenge, the projects and investment committed through the deal will be more important than ever.  We will work with Moray Council over the coming months, to help them develop the projects to unlock investment and drive inclusive growth across the area as swiftly as possible.”

Depute Chief Executive of Moray Council and lead officer for the Moray Growth Deal, Rhona Gunn, said the signing was a red-letter day for Moray.

“We still have much to do, and this work starts immediately to strengthen the business cases of each project and help shape the final outcomes. I and everyone else will be rolling up our sleeves to deliver this vision for Moray’s future prosperity.”

“Today is an important step in securing the long-term economic future of the area. Businesses across all sectors have suffered significantly during the current crisis and the growth deal will help to invigorate the recovery. All partners must now push to deliver this investment as soon as possible.” 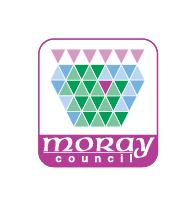