Next round of consultation begins on Cluny Hill Woodland Management Plan

MANAGEMENT and maintenance of one of Moray’s best-known woodlands is to be discussed later this week.

Cluny Hill’s Woodland Management Plan is being put together by Tilhill Forestry, commissioned by Moray Council in partnership with Forres Green Spaces Group, and the concept has been developed with community input.

The group, formed in February 2018, includes representation from Moray Council as well as several community groups with an interest in Cluny Hill including Forres Community Council, Forres Features and Forres in Bloom. It has worked to progress this plan, which was identified as a key priority during the Forres 2020 vision community engagement exercise.

Before the long-term plan is completed, residents are invited to have another chance to have their say, as this is the third round of consultation. Online community consultations are being held, due to ongoing restrictions, on 17 and 21 April. These are being hosted by Forres Area Community Trust and Forres Online, and last for one hour.

Moray Council’s Open Space Manager, James Hunter, is encouraging residents to take the opportunity to learn more about the plan.

“During the sessions the background to the plan will be explained and how it proposes to balance a wide range of community interests and user groups. Comments will then be taken in breakout sessions, which will help finalise the woodland management plan for the communities who use Cluny Hill.”

Note: These are not drop-in sessions; participants are recommended to join for the start time. 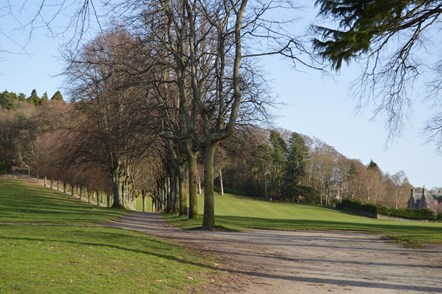