Children at primary schools in the Buckie area are to help decide the name of Moray Council’s new £2.4million dredger.

Children at primary schools in the Buckie area are to help decide the name of Moray Council’s new £2.4million dredger.

A competition is being run over the next few weeks when pupils will be asked to suggest a suitable name for the vessel, which is currently under construction at the Macduff Shipyard site at Buckie harbour.

A shortlist will then go before councillors for a final decision.

The dredger is due for completion next spring and will be based at Buckie, although she will also service the harbours at Burghead, Hopeman, Findochty, Portknockie and Cullen as well as being available for hire to coastal councils elsewhere in Scotland.

The vessel – which will be the only council-owned dredger in Scotland - is being built as a replacement for the Shearwater, which Moray Council disposed of two years ago after many years of service.

The pupil whose entry is selected will be given a tour of the Macduff Shipyard site to see the dredger under construction and to see the nameplate attached to the bow. 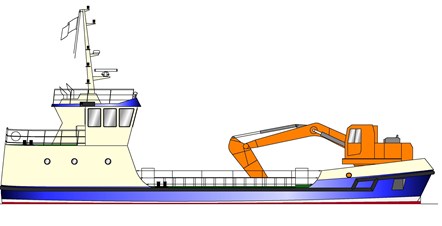