An aviation heritage group could be granted rent-free use of a former Moray school for the next three years.

An aviation heritage group could be granted rent-free use of a former Moray school for the next three years.

Morayvia have already applied for a community asset transfer of the Abbeylands Primary at Kinloss and are currently occupying the site while they prepare a full business case.

However, a report to Moray Council’s policy and resources committee says that the group will need more time to develop their operation and enable them to prepare a robust business case.

The committee will be asked to extend the rent-free period for a further three years.

“In the short time that Morayvia have taken occupation of the site they have improved the facility and grounds,” states the report. “Therefore it is recommended to provide support to Morayvia by extending the rent-free lease to November 30, 2018.

“Allowing Morayvia to develop their proposals for a three-year period will enable a much more robust business case to be developed.”

Morayvia was formed initially to save and conserve a Nimrod aircraft which formed part of the search-and-rescue fleet stationed at RAF Kinloss but has since acquired several other aviation exhibits.

The group’s aim is to establish an aerospace visitor centre in Moray which could become a key tourist attraction. 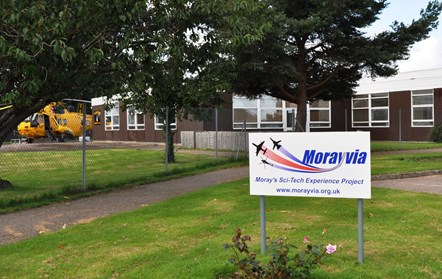