Road to reopen later next week

A Moray road which closed earlier this week due to a landslip is likely to open later next week.

A Moray road which closed earlier this week due to a landslip is likely to reopen later next week.

Repair work on the landslip on the Knockando-Dallas road will begin on Monday and is expected to take two to three days to complete.

A 20 metre stretch of the road on the Dallas side of the Aultnaguish Bridge was undermined following heavy rain.

A diversion via Archiestown, Rothes and Elgin will remain until the road reopens. 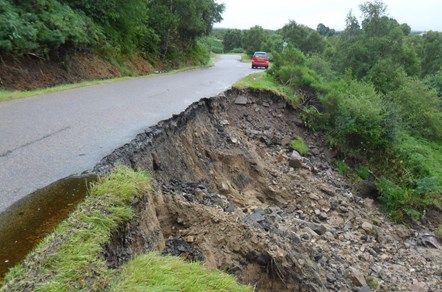 Road to reopen later next week