July is Scams Awareness Month, and this week we are focusing on mail scams which are often aimed at our most vulnerable and elderly residents.

July is Scams Awareness Month, and this week we are focusing on mail scams which are often aimed at our most vulnerable and elderly residents.

Mail scams most commonly seen in Moray are foreign lotteries and prize draws.Prize draw scams often promise that a cheque for a large amount of money is on its way.All the winner must do is purchase something from their catalogue or pay an administrative fee.The victim pays but the cheque never arrives.Another mail scam seen in Moray is the clairvoyant type scam.The scammer falsely promises to help the victim become rich but in return, the victim may not discuss the matter with their friends and family.

You can help safeguard the wellbeing of your friends and family members – do you know someone who receives large amounts of scam mail? Do they appear to be hoarding the mail? Do they frequently send catalogue orders to foreign addresses? Are they receiving lots of packages, usually in plain boxes or jiffy bags? If they appear to be purchasing large amounts of household items that they do not need, this may be a sign that they are placing orders from a catalogue to secure their prize winnings.

Previous scam victims assisted by trading standards in Moray have lost thousands of pounds to scams, resulting in severe financial difficulty.If you suspect that you, or a friend, have been the victim of a scam, please contact Citizens Advice Consumer Service on 03454 04 05 06 for advice or assistance.

It is not just consumers who can be the target of scams.Moray Council’s trading standards section is aware of increasing numbers of mail scams received by businesses.In a recent example, Moray businesses have been contacted by a company that produces educational pamphlets.The caller states that the business has already agreed to sponsor a series of leaflets on issues such as bullying and drugs, which will be distributed to local schools.This is a variation of a well-known publishing scam.Following the call, the scammer will send the business an invoice in the hope that it will be paid.In doing so, the business may unwittingly sign up to a long-term contract for goods or services that they do not want, at significant cost.

Advice from trading standards to businesses is to remain vigilant and only pay invoices for goods and services that have actually been ordered.Businesses can contact Moray Council trading standards for further advice if they have received such an invoice.

Moray Council area stretches from Tomintoul in the south to the shores of the Moray Firth, from Keith in the east to Forres in the west. The council and its 4,500 employees respond to the needs of 95,510 residents in this beautiful part of Scotland, which nestles between Aberdeenshire and the Highlands. 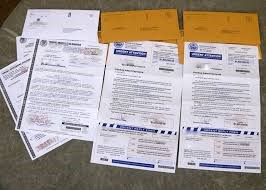