Re-zoning proposals for the catchment areas for some of Moray’s secondary schools will be presented to parents and interested parties from today.

Some zones date back to the 1970s and pre-Grampian days, but the development and population growth in Moray since then means these boundaries are increasingly irrelevant. At its meeting on 27 May 2015 Moray Council’s Children and Young People’s Services Committee agreed the key principles for rezoning. The new zone boundaries reflecting these and can be seen here

A period of statutory consultation commences today, 9th February 2016 and ends at 5.00pmon 24th March 2016. This includes a number of public meetings to gather views and discuss the proposals.

Maps to show the re-drawn zone boundaries can be accessed here:

In tandem with the re-zoning consultation, the council is seeking feedback on its revised admissions policy. This governs such issues as placement requests. Parents and interested parties can make representations at the same meetings or by the same methods as for the re-zoning.

The final proposals will be submitted to the council’s Children and Young People’s Services Committee, and if approved will be implemented on24th October2016.

All the information is on the council’s website School Rezoning Consultationhttp://www.moray.gov.uk/moray_standard/page_98117.html#Rezoning Moray Secondary School 20162

Meetings will be held at the following locations: 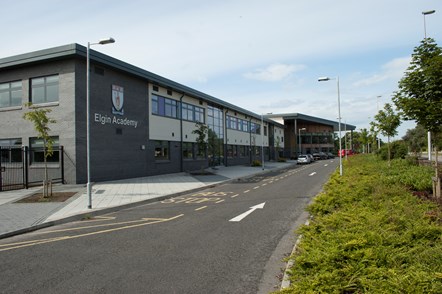