A storm-damaged road in Moray has reopened this afternoon after being closed to traffic for the past 10 days.

A storm-damaged road in Moray has reopened this afternoon after being closed to traffic for the past 10 days.

A 20m section of the C13e Knockando to Dallas road was undermined by a landslide following torrential rain in the area early last week.

The closure left motorists with a 15 mile diversion via Archiestown, Rothes and Elgin.

Around 800 tonnes of material had to be brought in to repair the damaged stretch and some minor works still have to be done.

A Moray Council spokesman said: “The repairs required quite a considerable amount of material which was sourced from New Forres Quarry near Rafford and Bluehill Quarry at Craigellachie.

“We are grateful to regular users of the road for their forbearance during the closure.” 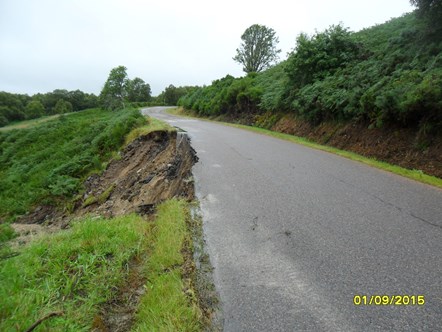