Selling cheap Polish cigarettes on Facebook leads to a £600 fixed penalty for an Elgin man.

Selling cheap cigarettes on a social media site has led to a £600 fine for an Elgin man.

The man was caught in a sting by Moray Council’s Trading Standards officers posing as customers. The sale of 400 cigarettes showed officers he was in business selling for profit, so he was issued the fixed penalty and the contraband was confiscated.

The seller was not registered as a tobacco seller as required by law and was selling cigarette packs without the required health warnings on them. He was also breaking the ban on tobacco advertising.

“Sales of cut-price illicit tobacco and cigarettes undermine efforts to reduce the huge harm caused by smoking. "Action to prevent illegal sales is part of wider efforts by the Council, NHS and other partners to reduce smoking rates."

Over a three-month period the man was advertising and selling the Polish brand cigarettes on Facebook at half price, but he was unaware he was being monitored by Trading Standards officers.

Moray Council urged people not to be tempted to buy cheap cigarettes or tobacco.

“It is either smuggled, counterfeit or both with distribution almost always linked to organised crime,” said Peter.

“Criminals will always find ways of selling contraband to an unsuspecting public, so I’m pleased to see our officers acting swiftly to shut these down.

“Peter and his team do a great job protecting the public from these dodgy dealers.” 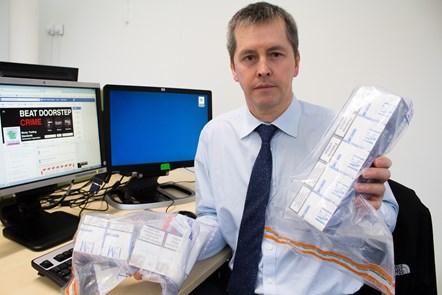