Moray councillors today gave the go-ahead for major onshore transmission works to service the Beatrice windfarm in the Moray Firth.

Moray councillors today gave the go-ahead for major onshore transmission works to service the Beatrice windfarm in the Moray Firth.

It will see an electricity sub-station built on a 13 hectare site at Blackhillock, near Keith, along with twin trenches carrying 200kV cables underground from Portgordon to Blackhillock, a distance of 18.5km.

Offshore cabling from the windfarm will come ashore to the west of Portgordon and surface on farmland 150m inland.

Onshore cabling to the substation will be buried underground at a depth of 1.5m to 2m.

Horizontal directional drilling will be used to tunnel under watercourses, roads, the Aberdeen-Inverness railway line and the Keith-Dufftown railway line.

The application from Beatrice Offshore Windfarm Ltd went before Moray Council’s planning and regulatory services committee as a national development.

It was approved unanimously by the committee before the decision was ratified, again unanimously, by the full council. 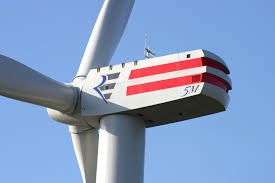