Moray Council has confirmed the landslip at Meikle Cantly, near Keith, will not be fixed this year.

The A95 between Keith and Glenbarry has had traffic lights in place since early December 2019 when erosion from the River Isla, undermined the slope supporting the road, causing a landslip.

A contract for the project was put out to tender earlier this year with only one bid received at a significantly higher cost than originally forecast. The work, and budget of £693,000, is therefore being deferred until 2022/23.

“Suppliers have said they didn’t tender for this particular contract due to having large volumes of other work on and no capacity to deliver the project in the preferred timescale.

“The costs associated with this project have also come back as a lot higher than anticipated, which has rendered the job unfeasible this year.

“We appreciate the deep frustration when works like this go on longer than projected, we feel it too, and we’re grateful to road users in the area for their patience as we face obstacles out-with our control.” 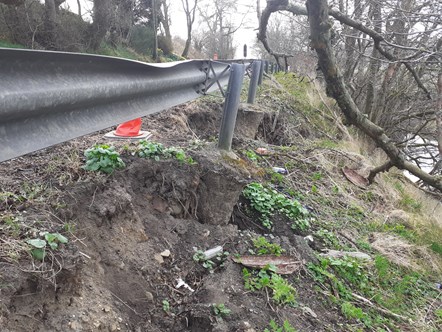